The passive, internal force has been associated with powerlessness as the external dominated. As humanity focused on their physical senses, it was a natural assumption, and the power of the passive force became unknown.

You are now in a time where many are opening to the power of the intuitive senses. You are learning that potential, the unknown—is part of the equation of creation. You are discovering that it is malleable, unformed and therefore responsive to the passive force, the invisible force—your emotions and thoughts.

As you View the World around you, you are using the passive force, though because it is unseen, most don’t actively use it. You never just View the World. You only interact with it. What you observe, you take into your being. It may seem like it is happening to someone else outside of you, and indeed it is. Yet as you view it, you take it in. We ask you then: does it shape your inner world, or do you shapeshift it and emanate something new into the world?

Viewing the World around you is happening on a greater scale than ever. You have such access to information, are you informing it? Do you utilize your passive force of Love to receive, reshape and reinvent the human experience? It all starts within you. Your job is not to change the world, your work is to change yourself into a powerful being that shapes your world. View it with the strength and courage of one who Knows the Power of Love. Passive is the equivalent of choice. It is an offering to the outer world, but it is a definer of your inner world. At some point, the two must meet.

The ability to View the World around you requires the strength to handle the challenges of humanity. It requires the wisdom to understand your personal limitations in a moment and hold healthy boundaries. It requires the understanding of new solution building and the patience to maintain a peaceful focus on your expectation of the power of Love. It is time, Lightworker. Time awaits your Creation to Come to Pass. Is your passive force forming your creations within?

As we sit to Blast Viewing the World, we are boldly observing life and receiving the call of Love to transform fear into wisdom. We are shifting blame into a catalyst of new choice. We are healing shame into the understanding of how unconditionally precious each human is. We are becoming the change as we begin new creation within and focus new form into the future. We are the wayshowers of the peace that passes all understanding into a new experience on this magnificent Earth. Blast on!
Posted by Jamye at 12:30 AM

The Weekly LightBlast is an opportunity to participate with other Lightworkers in a weekly healing based on a channeled Ascension topic. I send out the new topic each Friday and I do the healing each Saturday at 9am Pacific if you choose to participate at the same time.

As we heal ourselves, the world changes. We then participate in life from a more balanced and empowered space. Blast on! 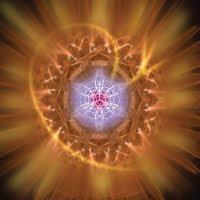 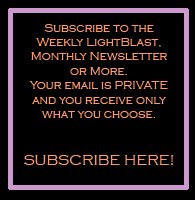 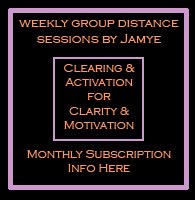 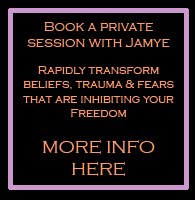 Jamye
Jamye Price is an energy healer, channel and teacher. She channels Light Language, which are universal language codes that your heart and infinite mind speak fluently. Light Language works like a stem cell, it is Dynamic Frequency Encodings of Sound and Light that adjust to your needs in each moment as guided by your Higher Self. When Jamye is running healing frequencies, she speaks and signs Light Language, tones, emotes, and physically clears imbalances through Divine Grace. Jamye’s work assists with transmuting physical, emotional, mental and spiritual blocks into wisdom, compassion and empowerment. She teaches self-love, forgiveness and finding a perspective of Love to provide people with practical tools for Soul Progression and creating a joyful life. Jamye’s passion is Ascension - bringing people to the understanding of the Truth of who they are; cherished, powerful and brilliant Divine Humans, interconnected with All Life. Jamye offers private sessions by phone, group sessions and classes, Light Language healing CDs and a free Monthly Newsletter and Weekly LightBlast to help assist Lightworkers on their Divine Path. For more information visit www.JamyePrice.com.